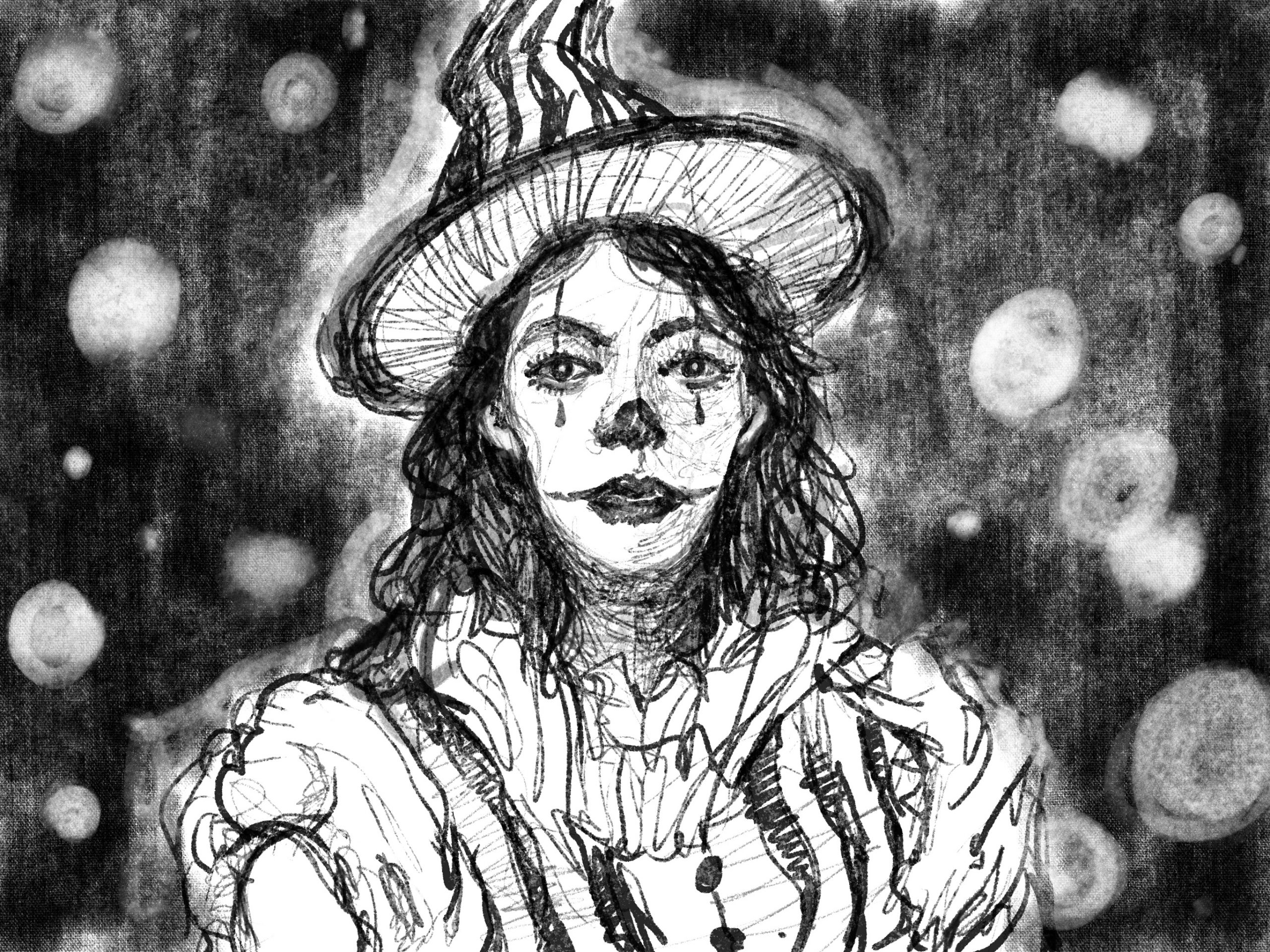 The interior of the train was a lot different than I had imagined. The scenery changed every time I took a step. A savory aroma lingered in the air, accompanied by a delightful melody. There were a lot of people inside the train. They were all well dressed up and were always smiling. I also started to feel very delirious, as if I had been intoxicated with a euphoriant substance of some sort.

The train flew above the sky. Planets were floating about like clouds, and stars were shooting across the sky. My eyes were dazzled but couldn’t close them because it was mesmerizing. I was filled with awe when somebody grabbed my shoulders.

I turned around, and my heart skipped a beat. It was not because I was shocked, but because the girl I had expected was standing there without her clown makeup. Unlike the well-groomed people on the train, she was looking a little scrubby. Her red hair had still remained the same. I was so happy to see her that I was unknowingly grinning.

She didn’t reply, and instead, I felt a sense of intense pressure among her. No longer playful, but an unknown emotion loomed over her face. If I can describe it in words, it resembled depression. There are different kinds of depressions, but this one was filled with anger and something else.

I wanted to return the favor for the wildflower that she gave me, so I filled her in on what has happened to my life.

“I don’t even know why or how I ended up here. I didn’t buy a pass for this train.”

That’s all I had to say because there wasn’t much for me to talk about.

Suddenly she slipped her hands between my chest and pulled something out from the collar.

“You have the wild violet.” She said.

I was more surprised by the sound of her lively voice than for what she had just done.

“In order to board on this train, you need to have a special pass. It’s in a shape or a form of something very dear to you. So everyone’s ticket looks different from others. Yours is a wildflower. For others, it may be a song from a dream from a long time ago, But there is one thing in common. Whatever the shape or form it may be, it contains the soul of desire. The desperation it has is what led you here. This train will take you very far from reality and quickly to the place you desire to be in.”

I thought to myself that there was no need for me to believe in any of this nonsense. But this was a dream. Anything was possible inside a dream, and so I slowly repeated those words to myself.

I wanted to run away. I didn’t want to go back to living the way I did, so I lied about not having the planet. I don’t deny any of it. But I had a question. I looked at the wild violet.

“Why would I be desperate for a wild violet?”

For what felt like an hour, the girl looked at me bluntly for a couple of seconds and finally opened her mouth to answer.

“The symbolic language of this flower means, think of me.”