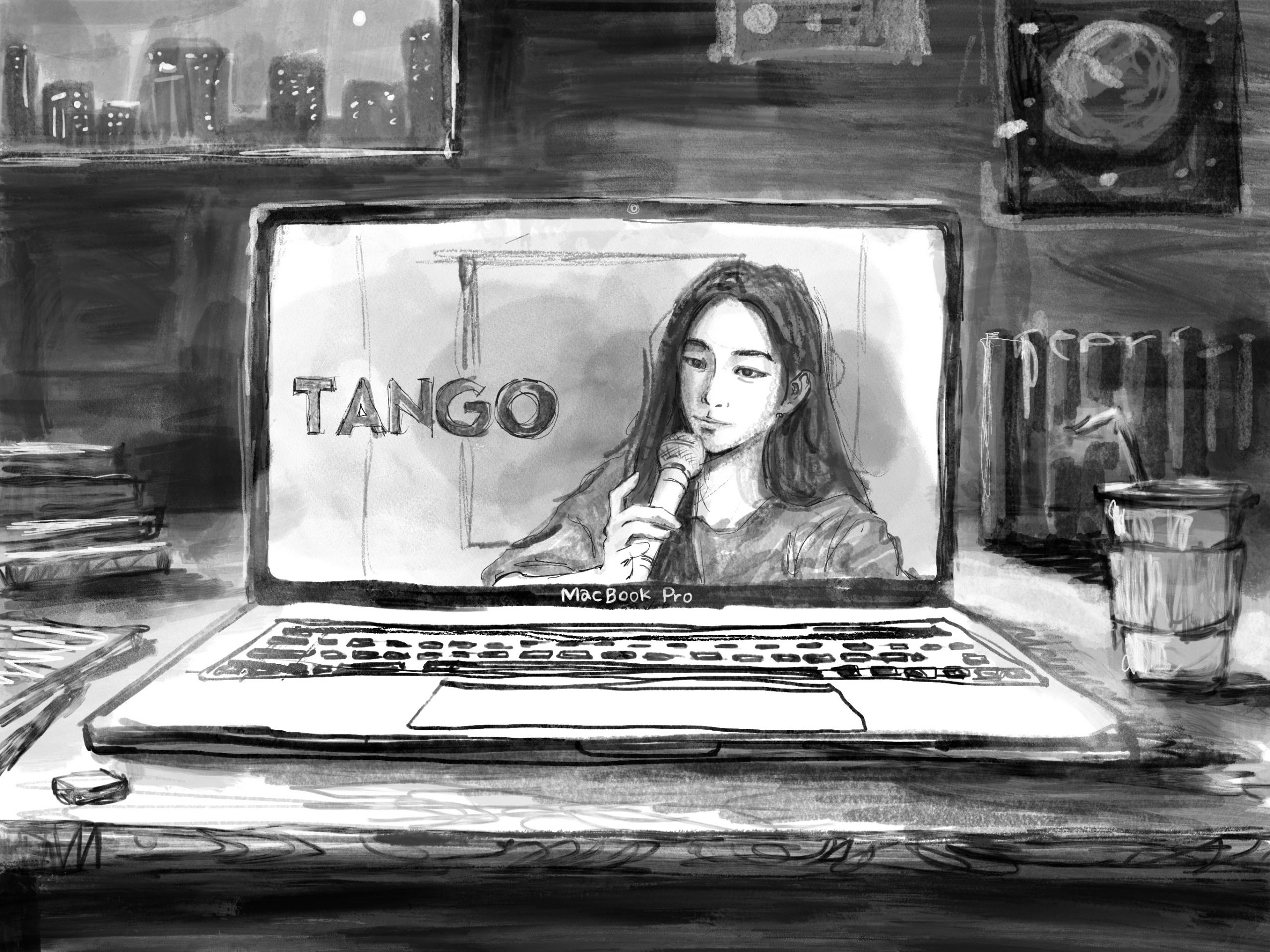 “99, 100, 2,000…” Sohyun squealed with laughter as she counted the comments on my YouTube Channel. It’s been so long since the last time I’ve seen her.

“Is this really you? This person in the video is you?!”

I wasn’t even slightly annoyed, but I still quickly took away my phone from her.

Since last Spring, I’ve been uploading videos of myself singing on YouTube. Honestly, when my classmates started doing YouTube one by one, I didn’t have the slightest interest. I didn’t think it was my thing. But then, I wanted to leave a part of myself that will remain the same regardless of what happens to me in the future. On any day given, my face can bloat up like a balloon, or I can become hospitalized for a long time, but on YouTube, I’ll always be Sohyun Baek.

The videos are of me singing covers of my favorite songs. If I wasn’t satisfied with how the video came out, I sang and re-recorded for over seven hours. I was nervous to show everyone what I like to do when I am alone. Nobody knows the number of times I had cleared my throat before pressing “record” on the camera.

At first, I was shocked because I never expected so many people would like my videos, but now I am used to it. My focus from wanting to leave behind the way I appeared changed to wanting not to disappoint people. Before I started YouTube, I didn’t have much confidence in myself, but I now have what you would call self-esteem or self-assurance since I’ve started it. I feel as if I’ve developed a backbone. I wasn’t so scared to reveal who I was like I used to.

In ways, I was maintaining my health. I was getting checked up regularly and also adjusting my medicine dosages. But more than anything, it was Aeji who gave me energy and life. Aeji was born on August 24th, 2018. I brought him home from the cat shelter last year. His head and ears were covered with gray furs, and his eyes would turn from yellow to green, or sometimes even orange, depending on how the light reflected it.

Even after we would have our little quarrel, five minutes later, Aeji would scratch his tiny paws on my door, asking to be let in. When I call out for him saying, “Aeji, where are you?” He would come panting and running to wherever I would be. There are times when Aeji doesn’t answer my calls. He acts kinda stuck up when he can see me when I am calling for him. I know he’s watching me from somewhere. It’s pretty funny.